By InvictaMoto - July 15, 2022
I decided that trying to maintain different platforms for the blog(s) was getting difficult to maintain and so I have decided to move all the travel blogs to Travellerspoint. All the vehicle specific blogs such as "Suzi Triplo" will stay in Blogger. Only any that are travel oriented such as "Cruising" and "Devall Travel" have been given up and entries in future will be in  The new home of Devall Travels .
Post a Comment
Read more 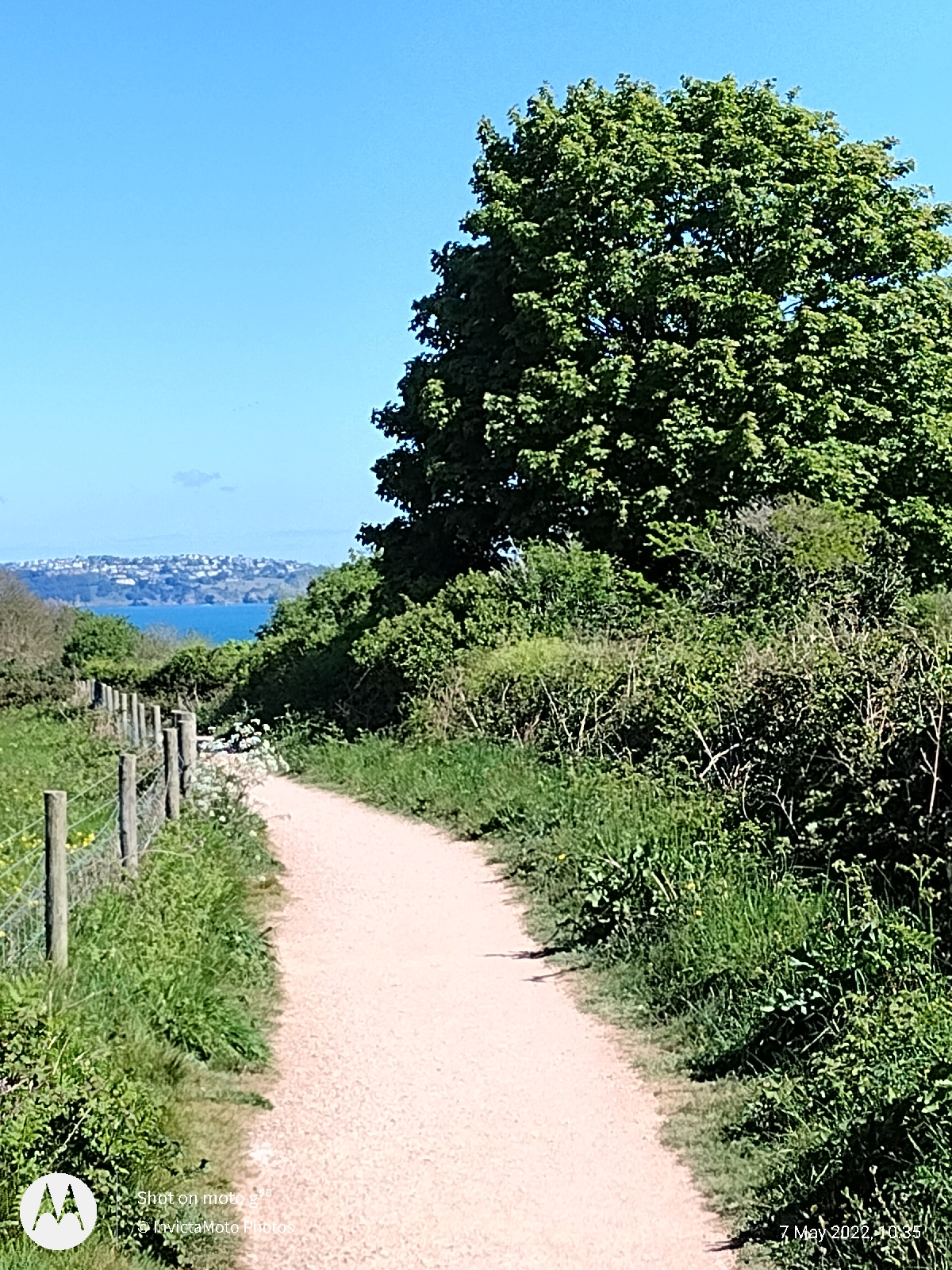 Today we stayed locally in Brixham. My brother Neill and my niece Eleanor were going to visit. We were up about 0830, although as usual Reggie had kept us occupied from about 0530. He wakes at dawn and needs to have a comfort break! Once breakfasted I took Reggie for a short walk on the path behind the house that goes to Berry Head. It doesn't show up on Google Maps. We got about halfway before turning around.  The relatives arrived about 1125 and we had a chat and then decided to walk down to Brixham itself. We are about a km to the south on top of the hill. It was hot and so I wore my new Chinese hat. It did the job of keeping the sun off but is still horrible.  It won't last the week in my possession. Going downhill was easy enough with no thought of getting back... Loads of scenic views. Murder on ageing knees. Lunch was by the replica of the Golden Hind in the harbour. A meal-deal from the Co-Op. We to
Post a Comment
Read more

Staycation - Back of Beyond to Brixham 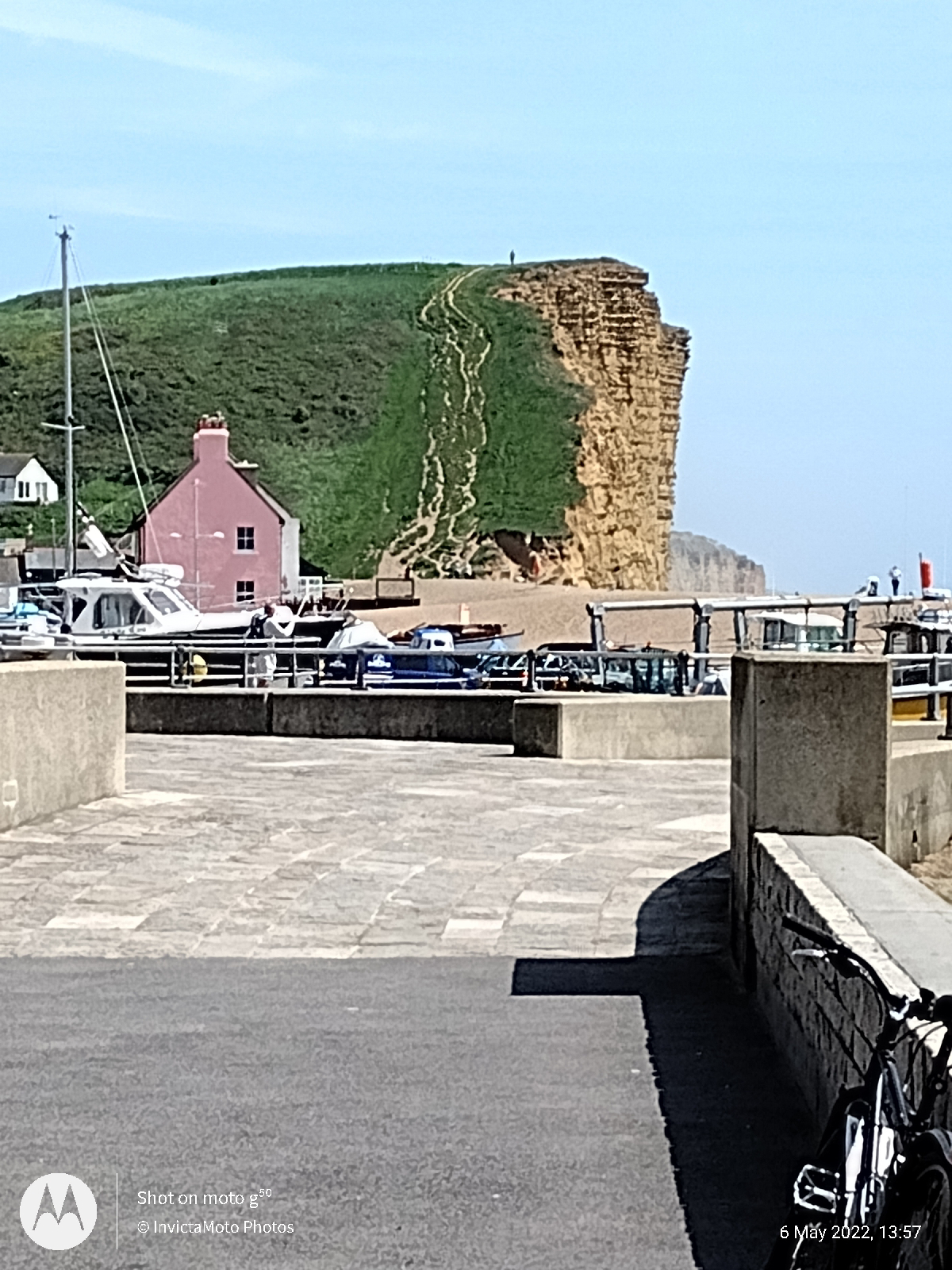 We were up early. When you have a dog and are in a confined space, when he is awake so are you.  We were all three of us ready for breakfast when we went over to collect fresh baguettes and croissants. We opted for one baguette between two for breakfast with Claire's homemade marmalade.  Then we were off. Emptying the grey water at the service point, then on the A35 with the first destination of West Bay near Bridport.  The A35 was again busy even though we had left the site before 11am. One of the problems in this area seems to be the dual carriageway roads become single lane, this leads to tailbacks as the traffic has to merge. The same happens on the A303 near Stonehenge. At West Bay we found a parking area for motorhomes near to the old station. There is a buffet in a short length of carriages. At £1.50 an hour it's cheaper than at home. We had a walk around the harbour and along the promenade to look at the cliffs and see the gang gliders, some up close.
Post a Comment
Read more 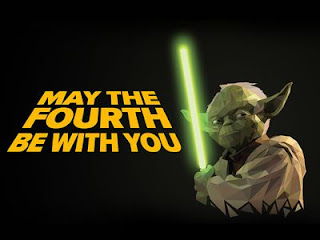 On the way at about 1.30pm. The Satnav says 3.35h to get to the Back of Beyond Campsite. Keeping to 60mph meant we arrived at scheduled pee stop for Reggie and coffee and cake for us was about two hours. From home the Satnav decided it was 155 miles. At Fleet Services Reggie had his dinner and we had a Starbucks and a cake from Waitrose that we bought this morning. Before I forget. May 4th - Star Wars Day.
Post a Comment
Read more 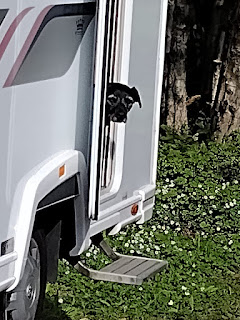 The journey here was pretty straightforward, along the A259 from home to about a mile from the site. We checked in at about 4pm. We're in pitch 28. A bit of shuffling backwards and forwards to get as close to the pitch marker as possible later before we could hookup to the leccy. This threw up the first problem. The cable is just about long enough but not long enough to lay totally flat.  The electric point is two pitches away and a group share one. At Painters Forstal it was one between two and it was between them. After hookup we had a walk to check out the loos and then decided to have a walk through the bluebell woods to the pub. It's a nice scenic walk. The information sheet says 8 minutes. With Reggie enjoying new smells and a few photos it's about 25 for us.  A pint and a G&T later we came back to the Van. A bit of Kindle time and then we were back up there for dinner. The Two Sawyers is thoroughly recommended. Good beer and good food. None of it Slimming World a
Post a Comment
Read more

By InvictaMoto - April 18, 2022
Rather than double-up postings - here is the link to Travellerpoint for this trip.
Post a Comment
Read more

By InvictaMoto - April 18, 2022
I began this write-up on the planning on Travellerspoint blog page. It is one I have used many times before and although it is a little complicated at some times and not as type and it works as Blogger, it does allow me to send posts by email. Rather than duplicate everything as I have done in the past, I have simply tagged all the posts with "three_goto_france" and will tag them all the same as the trip approaches and we are away on it! The downfall with Travellerspoint is that photos don't turn up when sent in an email.  I was sure from the instructions that they were. Maybe I need another read! Anyway here is the link -  https://devallfrance.travellerspoint.com/tag/three_goto_france/
Post a Comment
Read more
More posts